When using cloud computing services, it seems simple to say that managing costs is critical to success. As it turns out - the task of managing cloud computing costs can be easier said than done. Incurring unplanned costs can often be the result of a combination of factors, such as a lack of visibility about the current consumption patterns and past trends, non-standard deployments which can originate from an absence development and authorisation processes, a lack of organisation, or the absence of automated deployment and configuration tools.

A combination of tooling and controls is critical in empowering organisations to effectively plan, forecast and manage cloud computing costs. Factors such as consolidated visibility of cloud inventory, policy based governance, role based access control, controlled stack templates, automated alerts and notifications, and cost analytics are essential.

Oracle Cloud Infrastructure provides a compliment of native controls, billing, and payment tools that make it easy to manage your service costs. For example, OCI Budgets can be used to set and manage limits on your Oracle Cloud Infrastructure spending. You can set alerts on your budget to let you know when you might exceed your budget, and you can view all of your budgets and spending from one single place in the OCI console. Among other controls, such as Compartments and cost-tracking tags - OCI also provides a Cost Analysis dashboard, and access to Usage Reports.

An OCI Usage Report is a comma-separated value (CSV) file that can be used to get a detailed breakdown of your Oracle Cloud Infrastructure resources for audit or invoice reconciliation.

In this tutorial we'll take you through a deployment scenario on OCI, whereby an Oracle Function (i.e. a managed serverless function) will be deployed to automatically to retreive OCI Usage Reports, and upload the data to an Autonomous Data Warehouse (ADW) instance.

Storing the historical Usage Data in ADW provides a well managed repository for the historical account utilisation data, as well as making it available for introspection and analysis by popular analytics tooling such as Oracle Data Visualisation Desktop (DVD), or Oracle Analytics Cloud (OAC). These powerful data analysis tools will enable you to perform deep and comprehensive introspection of cloud resource utilisation, and also provide the ability to perform predictive cost analyses based on historical usage trends.

This content is syndicated from this repository - references to code snippets or files herein can be found over there.

The OCI Usage Report is automatically generated daily, and is stored in an Oracle-owned object storage bucket. It contains one row per each Oracle Cloud Infrastructure resource (such as instance, object storage bucket, VNIC) per hour along with consumption information, metadata, and tags. Usage reports are retained for one year.

A comprehensive overview of the Usage Report schema is available here.

Oracle Functions is a fully managed, highly scalable, on-demand, Functions-as-a-Service (FaaS) platform, built on enterprise-grade Oracle Cloud Infrastructure and powered by the Fn Project open source engine. With Oracle Functions, you can deploy your code, call it directly or trigger it in response to events, and get billed only for the resources consumed during the execution.

Oracle Functions are "container-native". This means that each function is a completely self-contained Docker image that is stored in your OCIR Docker Registry and pulled, deployed and invoked when you invoke your function.

Let’s consider an example of how we can;

When invoked, the function uses a call to a 'resource principal provider' that enables the function to authenticate and access the Usage Reports Object Storage (OSS) bucket, and to also download the credentials wallet used to access the ADW instance.

The function enumerates the usage reports contained within the OSS bucket, and will insert into the oci_billing table all Usage Reports data that has not previously been insterted. This means that the first time the function is invoked, an initial bulk upload of all historical Usage Report data will occur. For subsequent function invocations, only new Usage Data will be processed.

Resources referenced in this tutorial will be named as follows:

The following should be completed before going ahead and creating your Oracle Cloud Function:

For our deployment scenario we'll require our "FnFunc-Demo" dynamic group to access both the Usage Report object storage bucket, as well as our Autonomous Database instance. To enable this, create the following dynamic group and additional IAM policies:

For the below dynamic group definition, the resource.compartment.id is that of the "Demo-Compartment" where the application and associated function will be deployed:

Next we create our database table which will store the Usage Report data. To do this we will use the ADW instance built-in SQL Developer Web client. Follow the link to this tutorial for guidance on accessing SQL Developer Web as user ADMIN from your Autonomous Data Warehouse. Once connected, run the following SQL statement to create the oci_billing table:

In Oracle Functions, an application is a logical grouping of functions & a common context to store configuration variables that are available to all functions in the application.
Next, create an application named billing to host the adw-billing function. Follow the link to this tutorial for guidance on the process.

Now to create the actual function!

Commands from this point forward will assume that you are in the ../oci-usage-to-adw-function/adw-billing directory, which is the directory containing the function code, and other dependencies such as the Dockerfile used to build the container image, the func.yaml (function configuration file), and a Python requirements definition file.

Enter the following single Fn Project command to build the function and its dependencies as a Docker image, push the image to the specified Docker registry, and deploy the function to Oracle Functions:

The Fn Project CLI will generate output similar to the following (abbreviated) detailing the steps taken to build and deploy the function.

The <value> field should contain the OCI tenancy OCID.

After invocation, the function will connect to the ADW instance and download and extract a copy of the credentials wallet (containing tsnames.ora) to the path /tmp/wallet. The TNS_ADMIN environment variable is used to specify the directory location for the tnsnames.ora file, which is used by the Oracle Instant Client when connecting to the ADW instance.

The <value> field should contain the preferred DSN connection string for the database.

An ODBC DSN specifies the database server name, and other database-related information required to access the Autonomous Data Warehouse instance.
Available DSNs are contained within the tsnames.ora file, which is located in the credentials wallet previously downloaded in the Prerequisites section herein.

The <value> field should contain the ADW ADMIN user password specified during the instance creation.

To invoke the function, issue the following command:

That's it! Once completed, your function has now inserted all historical Usage Report data into your ADW instance.
Note: The current maximum run time for an Oracle Function is 120 seconds. If your tenancy has hundreds of historical Usage Reports to process (there can be up to 365), then it may take a couple of invocations to completely process the data backlog..

The function will return a JSON array containing the name of each of the Usage Report files that were processed during the given invocation, e.g.

The function has been configured to provide some basic logging regarding it's operation.
The following excerpt illustrates the function log data relating to the download and processing of a single Usage Report file:

On observation of the result set - you will note that each of the columns in the database correlate to fields as contained within Usage Report CSV files.

The only exception is the column usage_report, which has been included to help ensure records remain unique - particularly if you are hosting usage data from multiple tenancies within a single database. It's also used by the function to determine if a given Usage Report file has been previosly inserted into the database.

The usage_report field stores a value that is a concatenation of the OCI tenancy OCID and the Usage Report CSV file name from which the data was sourced, for example:

Get the latest posts delivered right to your inbox

Grafeas is an open artifact metadata API designed to help audit and govern your software supply chain. Tracking Grafeas’ metadata can give you confidence about what containers are in your environment, and also provides the ability to enforce restrictions on which containers get deployed. 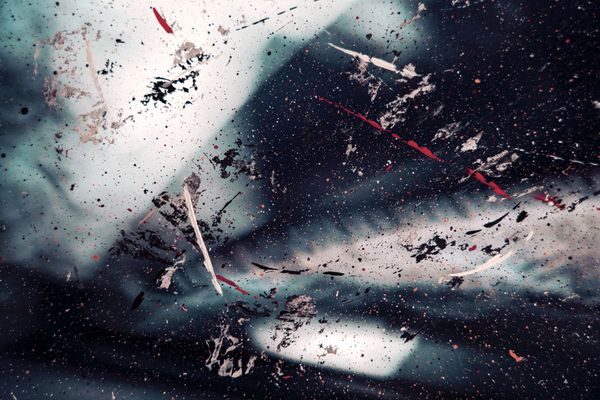 Overview of a HashiCorp Vault deployment scenario on OKE, whereby Vault will be both deployed to OKE, and integrated with the OKE cluster control plane using the Vault Kubernetes Auth Method.

Stay up to date! Get all the latest & greatest posts delivered straight to your inbox